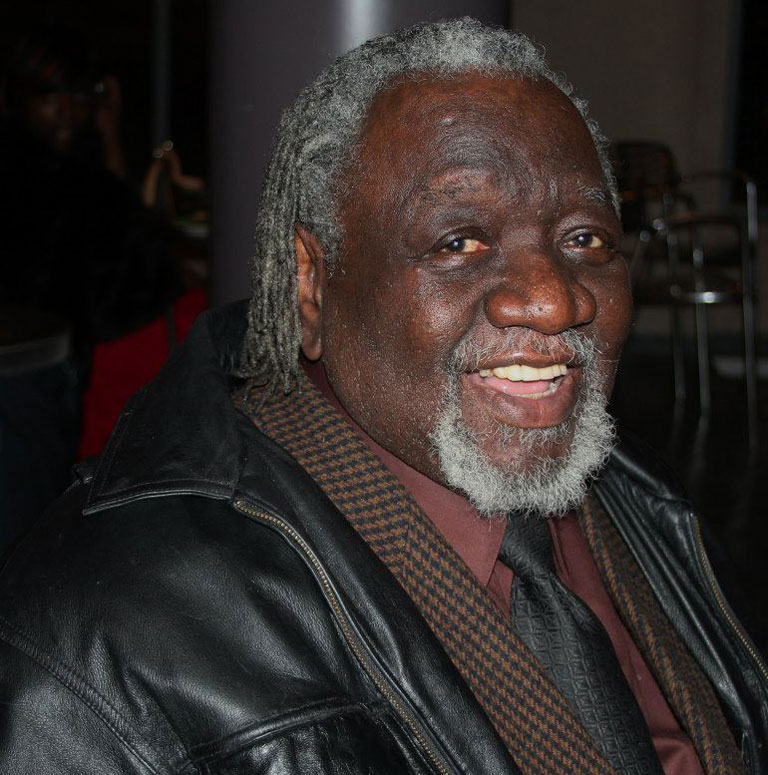 How could he not? During his more than 20 years at the helm of the ensemble, part of IU’s Office of the Vice President for Diversity, Equity, and Multicultural Affairs (OVPDEMA), Mumford became an icon on campus, bringing prominence to the university through the performances of his students and more importantly, serving as a mentor.

“It’s been a good ride, but I haven’t been happy in retirement. I’m a teacher. I miss it so much. I just feel like a duck out of water,” said Mumford, who still resides in Bloomington. “When I walk on campus, it’s funny—I don’t know how they remember me.”

Of course “they”—from his colleagues on IU’s faculty and staff to his pupils and other students who were influenced by him—still remember Mumford, an IU professor emeritus. If you spend one minute around the charismatic North Carolina native, it’s hard not to.

In commemoration of IU’s 2017 Dr. Martin Luther King, Jr. Celebration, OVPDEMA is honoring a select group of individuals who have impacted the IU community through Dr. King’s values of courage and compassion. Mumford’s unique brand of leadership makes him an easy choice.

“I’ve always been very Black-oriented, so for me, the [Neal-Marshall Black] Culture Center, the [African American] Arts Institute, my choir, the [IU] Soul Revue, and the [African American] Dance Company, it was like a Black college here,” he said. “I had many job offers, but I was committed to my students. I’ve always consulted the Lord on what to do. When I was offered jobs, I would ask God, ‘Should I go or should I stay here?’ He would tell me to stay.

“There were students who would say they would have dropped out of school if it wasn’t for the Choral Ensemble, because they felt it was a family. That’s what Black students need here. We traveled to Canada, New York, all over the place, to rave reviews. All I wanted was to teach my kids and see them be excellent.”

As much as he made a difference on the university and surrounding community through his work, Mumford’s backstory is perhaps equally amazing. Born in Kinston, N.C., he was an academic prodigy—along with his twin brother, Mumford was babysat by his aunt as a toddler, a teacher in a one-room schoolhouse outside of town, where he absorbed the lessons. By the time he was ready to start going to school back in Kinston, he was so far ahead of his peers that he was skipped several grades, eventually going to college at Virginia State University at 15 years old.

“When I was 6 years old, I was reading on about a seventh- or eighth-grade level. It became a social problem for me, because I was always so many years behind all my classmates,” he recalled with a gleam in his eyes. “When everybody else was staying out until 10 or 11 at night, I had to be in by 7. So, there was always a conflict, especially dealing with girls as I got older.”

But life wasn’t all peaches and cream for Mumford, who grew up in poverty living with his mother, a domestic worker, while his father, one of the wealthiest Black men in town, seemingly lived a world apart.

“I had a kind of strange upbringing because my father was wealthy and my mother was dirt-poor. Trying to walk both lanes was challenging for me,” Mumford remembered, telling a story about how his father would take him and his brother every year to buy expensive clothing at a segregated retailer in Kinston—at night with the shades down, and only when coming through the back entrance of the store. “Here I was going to school in English plaids and broadcloths, leather shoes. I used to get teased: ‘Poor little rich boy.’”

While Mumford’s father was a musician on the side, singing and playing the violin, he was a businessman by trade (he ran the Dunn Hotel, North Carolina’s first hotel for African Americans, established by Mumford’s grandfather), and encouraged his son to choose a different path.

“My father was totally against me going into music. He wanted what every Black daddy wants—a doctor, a lawyer,” he explained. “When I went to college, my father said, ‘If you want to be a pre-med or pre-law major, I’ll send you anywhere you want to go. If you major in music, I won’t give you a damn dime,’ and he didn’t.”

“I didn’t know I was going to go into music until maybe the 11th grade, and it was Miss Harris, my music teacher, who found out I could sing really well and just influenced me so heavily,” Mumford went on to say. “I sung in church a little bit, but she discovered that I had an operatic voice. They didn’t teach music theory in my high school, so she had a few of us give up our lunch to teach us, because she said we’d need to have it for college. She gave me voice lessons and had taught me how to write, analyze, and compose music, which gave me a background like people who really studied it in classes. She taught us well and gave me a real foundation, so when I went to Virginia State, I passed the entrance exam for music.”

After graduating from college at age 19 (where he proudly mentions that he was the youngest-ever member of the Omega Psi Phi fraternity), Mumford was set on being a performer. But because of the social climate at the time, that wasn’t in the cards.

“I thought I was going to be the world’s next great opera singer, but in the ‘50s and ‘60s, they were not going to have a Black man on stage, because all my leading ladies would be white. The impresarios and maestros were not willing to try that. I’d go to audition after audition and they’d ask me to sing seven or eight different songs, and nobody else would have to do that. Everybody else auditioning with me would assume, ‘Oh, you’ve got it today,’ and then they’d be just as shocked as I would be [after the audition ended],” he recounted. “It was racism, and it was very devastating to me because I had put in a lot of work and time. But that’s not what God wanted. He wanted me to teach instead and now, I’m glad because I would have never made the impact on individual lives as I’ve been able to make as a teacher here. The devil meant it for bad, but God meant it for good.”

When I arrived, it was like a movie. I walked in and the students started crying. I told them, ‘Look, I’m here. We’ve got a job to do, so let’s get busy.'

Mumford began his teaching career at a small high school in Centreville, Md., on Maryland’s Eastern Shore, where some of his students in the small community were older than him. From there, he went to Camden, N.J., just outside of Philadelphia, and his choir at Camden High School received widespread recognition.

Then, a classmate from Virginia State who went on to teach at IU—Dr. Michael Gordon, a retired professor at IU’s Jacobs School of Music and the first director of the African American Choral Ensemble—suggested that he should come to Bloomington to get his Ph.D. The rest, as they say, is history.

While there’s likely a story for each of the hundreds of students Mumford mentored over the years, nothing better illustrates his impact as the appreciation he was shown upon his retirement in 2006. For five consecutive days, Mumford’s IU career was celebrated on campus and in Bloomington. 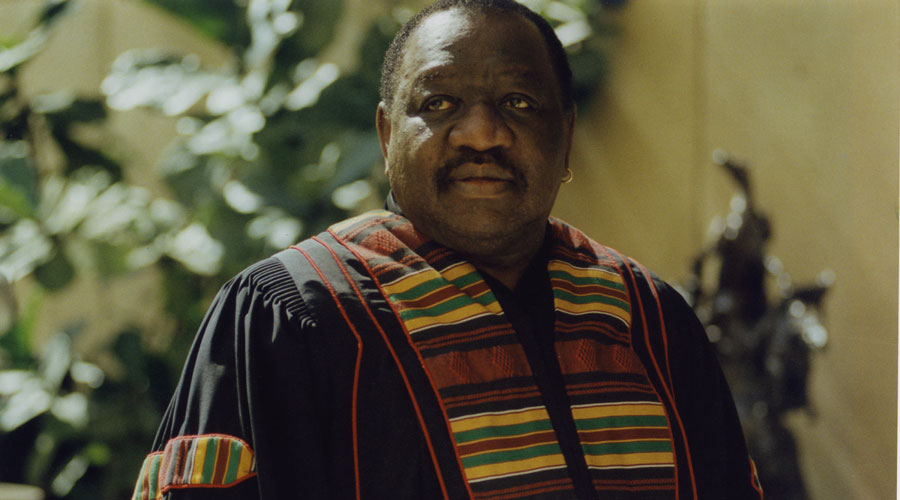 It started with keeping a secret from him—Mumford was told that he was needed to escort the mother of one of his favorite students to her church in Indianapolis, where she would be receiving an honor. Instead, when they arrived, the church was filled with his former students.

“They got me good,” Mumford recalled with a chuckle. “Everyone came back and no one spilled the beans—and I’m a nosy man. It was out of this world.”

After a cookout the next day at the Neal-Marshall Black Culture Center with people who had been influenced by Mumford sharing their appreciation, followed by a formal banquet the subsequent day, complete with video footage from as far back as his high school days in Kinston.

Unfortunately, all the excitement overwhelmed him, resulting in a health issue that evening. Stubbornly, Mumford refused to go to the hospital until after a luncheon for him the following day, at which he received signed proclamations from the governor of Indiana, Sen. Birch Bayh, the state legislature, and the Black Caucus. Additionally, Bloomington’s mayor gave him the key to the city and it was even declared James E. Mumford Day.

At the hospital, he was told he had suffered a stroke. Still, determined to attend the final day of the celebration, which would be capped off by a concert he was directing at Bloomington’s Buskirk-Chumley Theater that evening, he signed liability waivers in order to leave. Just as Dr. Charles Sykes, the director of IU’s African American Arts Institute was ready to announce that the concert was cancelled due to Mumford’s health, the guest of honor showed up, ready to conduct his choir.

“When I arrived, it was like a movie. I walked in and the students started crying,” Mumford recalled. “I told them, ‘Look, I’m here. We’ve got a job to do, so let’s get busy,’ and those folks sang their natural butts off. We did a three-hour concert and I still had the needles in my arm from the IV, wrapped up so people couldn’t see. That was the finish to, for me, a brilliant career here.”

In addition to the health scare, Mumford claims the celebration was “embarrassing,” but it’s obvious that he appreciated how much love he was shown, something that is reflected in how he sums up his tenure in Bloomington.

“I’m really humbled by how my students express themselves about me,” he explained. “My theory is I’m a Black man teaching at a predominantly white institution, so my assumption was they looked to me for guidance, mentorship, an example of a role, and I took it very seriously.

“I’m a purist about Black music, so I insisted that it reflect who we are, what we are, and what makes us different. During my time here, I wanted to make sure it was authentic. I was a stickler for authenticity, and I wanted the students to appreciate that,” Mumford added. “We just had so much to be proud of, and these young people need to hear it. I had offers to teach at an HBCU [Historically Black Colleges and Universities], but I felt so much more needed here. I showed them interest and as a result, they gave me their absolute best. Some professors would joke around and ask me, ‘Mumford, do you give your students dope?’ I’d say, ‘No, I give them love.’ If I’ve done any good here, I’ve tried to teach with love.”