Through collaborations with colleagues and lessons to students, Dr. Joan Pong Linton has helped the IU community grow 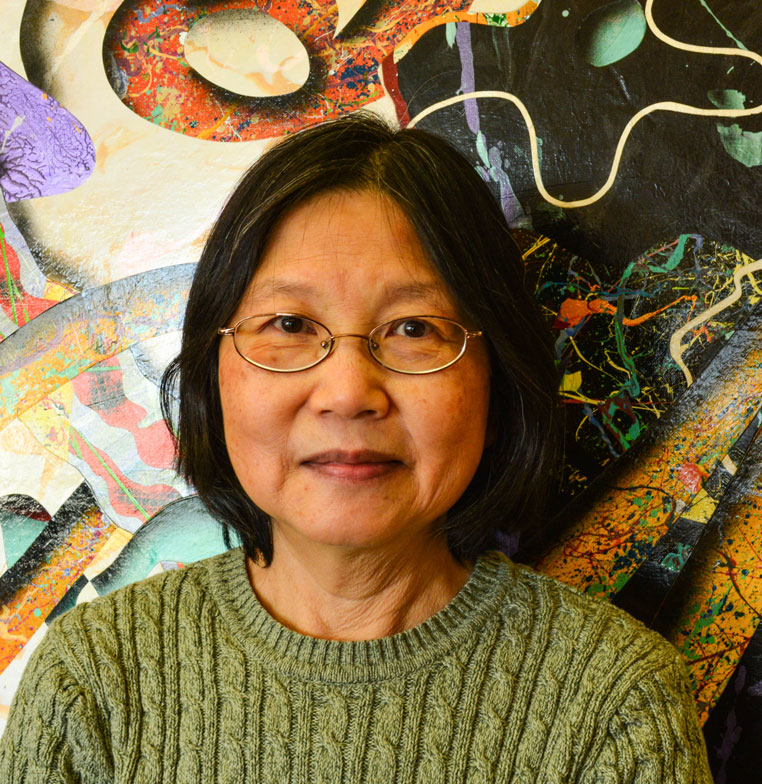 Getting Dr. Joan Pong Linton to tout her own virtues is as hard as pulling teeth. Throughout her 24-year career at Indiana University, she has made a tremendous impact on the Bloomington campus, yet she always seeks to credit others.

Humility aside, it’s Linton’s willingness to work with others for the greater good that truly makes her special. It’s also just one of the reasons she is one of a handful of people being honored by IU’s Office of the Vice President for Diversity, Equity, and Multicultural Affairs (OVPDEMA) in conjunction with IU’s 2017 Martin Luther King, Jr. Celebration for embodying Dr. King’s values of courage and compassion.

Her official title, a professor of English, belies the fact that she’s been involved in a number of initiatives that have helped make the IU community a better place. Between Linton’s work in diversity, her implementation of service learning in the English department, and an overall impact on the university’s students, faculty, and staff, it’s clear that throughout her 24-year career in Bloomington, she’s made her presence felt—even if, due to her self-deprecating nature, she shrugs off praise.

“To make an impact, it has to be more than one person,” she said. “Lots of people influenced me and I’ve worked with a lot of people.”

This is true, but the fact that she often collaborates with others on projects doesn’t lessen her contributions. Rather, it enhances them.

“I would say the people that most influenced me from the get-go were actually staff members: The Asian Culture Center’s director, Melanie Castillo-Cullather and the director of La Casa, Lillian Casillas-Origel,” said Linton, referencing the longtime directors of two programs administered by IU’s Office of the Vice President for Diversity, Equity, and Multicultural Affairs (OVPDEMA). “Those two collaborate so well and in a way, they model the kind of inter-ethnic, intercultural connections that can be made and people can build on, so they were two major influences that involved me on the campus.”

Linton was asked to join the Asian Pacific American Faculty and Staff Council in 2007, eventually chairing the group’s steering committee, a position that rotates among members. At first, the council focused on social events, creating an opportunity for minority faculty members to commiserate. Eventually, however, it took on more of an intellectual bent, something that was pushed by James Wimbush, IU’s vice president of diversity, equity, and multicultural affairs.

Linton also became the acting director of IU’s Asian American Studies program in 2009. But instead of reveling in her own title, she emphasized how proud she is of the behind-the-scenes work that led to the formation of the program.

“Part of the push for this came from support from African American students, Latino students, and Asian American students. The same thing happened around the creation of the Asian Culture Center. It was really on-campus support by students, and it’s a coalition across race and ethnicity,” Linton said. “That’s heartening and I think in some ways, the collaboration, especially between Melanie and Lillian, really modeled something for the [Asian and Latino] students, and the black student leaders on campus were very open to coalition-building.”

Around this time, Linton worked with Arlene Diaz, a history professor at IU who then chaired the Latino Studies department, and Valerie Grim, then an associate professor and chair of IU’s Department of African American and African Diaspora Studies. As a trio, they were able to engage with minority faculty and gain their support to work together.

Part of their work was a campus self-study in 2009 that included respondents from across lines of cultural and institutional differences. In the spring of 2010, Linton and her colleagues mounted a campus-wide series on inclusion called ARC—Attention, Reflection, Connection: Steps toward an Inclusive Campus—that focused on the idea that diversity is the concern of all populations, not just minority groups, and involves practices of inclusion in all areas.

“I didn’t know them very well at all, but I recognized immediately that they were like-minded about diversity. We went to different schools, different offices across the campus to find out what concerns they had, where they feel they had made efforts that paid off, that were actually sustained in terms of diversity, and what they would recommend and what they want to see happen,” Linton explained. “I would say that my efforts, along with my colleagues, connected with efforts elsewhere. Being in literary studies, the whole issue of diversity is part of that study. But once you get on the campus and get in touch with students of all stripes, and get involved with different departments and units, then the issue of diversity becomes much less issues that are book-bound.

The impact on students is very evident. Students who really gain something from service learning know that there’s knowledge beyond the textbooks, and it really exemplifies what standpoint theory is all about.

As a result, she continued, “There’s a lot more conversation across ethnicities and offices as far as races, and across diversity units. The fact that units—for example, La Casa and the Asian Culture Center—can combine to offer a joint program, or the Neal-Marshall [Black Culture Center] and the GLBT [Student Support Services] Office [can work together].”

Born and raised in Hong Kong, Linton didn’t grow up wanting to be an English professor, much less thinking of eventually conceiving diversity initiatives that would affect a major university.  At her high school, Maryknoll Convent School, Linton was educated by Dominican nuns from the U.S. They were fairly liberal, she recalled, and taught the students about civil disobedience by example, including taking them to a Vietnam War protest, one of a series of events that shaped Linton’s views about the world as a whole.

Linton went to college in the U.S. at St. Catherine University in Minnesota—a Dominican, all-female school that provided scholarships to a student from Hong Kong every four years, something she described as “another wave of luck for me”—and started to understand the framework of diversity.

“St. Catherine was pretty white, but it was run by nuns who were pretty liberal. Some of the nuns were no longer wearing habits, and they were living in communities outside of their convent. They learned to speak the language of the communities,” Linton explained. “From there, I realized that diversity sometimes means that you have to reach out and that there are different ways of thinking about diversity. Certainly race and ethnicity is diversity, but also socioeconomic status and gender. There were still a lot of things that were not visible to me. The whole issue of homosexuality and gender differences, for me, it took a while to get the whole range of it. Ableism, disabilities—those were things that were quite invisible to me for a long, long time. But that was the beginning.”

After what she called a “charmed, sheltered life” at St. Catherine and moving to New York with her husband, Linton briefly worked as a cook, but following the birth of her son, decided to attend graduate school, eventually earning a Ph.D. before coming to Bloomington. She made an impact soon after arriving, creating the service-learning course in IU’s English department in 1994. While her aforementioned diversity initiatives made it difficult for her to personally teach the class, called Community Service Writing, she’s resumed instructing it again in the last five years and as of the fall semester, rotating with another faculty member, Katherine Silvester.

“The impact on students is very evident. Students who really gain something from service learning know that there’s knowledge beyond the textbooks, and it really exemplifies what standpoint theory is all about. Coming from privilege, you might not know as much. You may not know what a community needs, and you simply can’t go in there and impose your know-how onto a community,” explained Linton, who focuses on poverty in the class while partnering with four organizations in Bloomington: Middle Way House, the Shalom Community Center, Interfaith Emergency Winter Shelter, and My Sister’s Closet of Monroe County.

“So, most students—these are not usually English majors, but students from SPEA, the School of Public Health, Kelley, and pre-law and pre-med students—they’re so well-trained in their own disciplines, for them to realize that it’s important for them to be able to communicate with someone out there, that is the one thing that, if the class is successful, they take away. To understand that they are learning from others, as well as being able to contribute something, that volunteering is not really a one-way street, those are things that hopefully, down the line, will lead to citizens and professionals who are more thoughtful when they become future policymakers, leaders, and educators.”

Linton speaks fondly of IU students, whether those who take her classes or the ones she observes on campus, interacting with their peers of other backgrounds to spark positive change.

“Student protests are not one color, and that’s important. The [Men and Women of Color] leadership conference has actually diversified and with students from all cultural backgrounds participating in the leadership conference, that’s important. It’s a way of modeling. For one thing, what has always given me hope about the future—even though I don’t see it a lot in the news media—is the students’ ability to be civil to each other and their ability to think about possibilities,” Linton said.

“What I want to see is a balance between diversity as dealing with the implications of globalization and diversity as something that begins at home. As long as we do not have a discussion—and I mean a large, cultural discussion that can be distributed across campuses and different institutional units—about how we overcome hate and work toward an inclusive society, we will continue to have tragedies, and we will continue to have the kind of horrific debates that are not really conversations, that only produce heat and no light. That also ties back to why I and my colleagues see diversity as intellectual. When a conversation can be reduced to a shouting match, then nothing gets solved.”